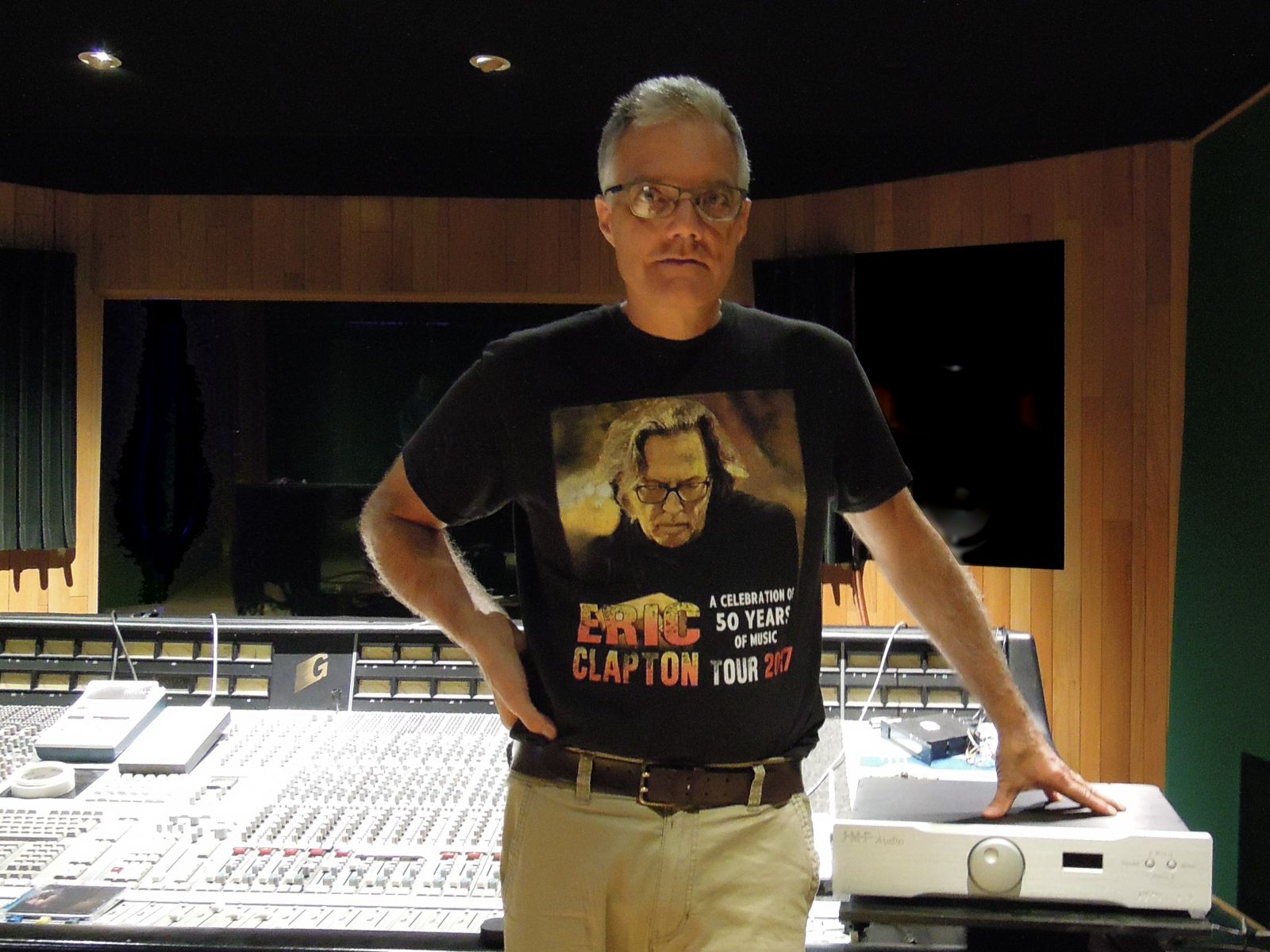 New York studios, the PRS1.5 preamplifier acclaimed after 30 years of quest for the Grail

Passionate New York based multi-platinum record producer and sound engineer, owner of a world-class Tom Hidley designed recording facility, Mic A., in his quest for the most accurate and natural sounding monitoring, had already replaced the famed original Swiss made amplifiers with JMF Audio designed mono amplifiers years ago.

Mic A. is one of the few to have maintained a full analog workflow, using a collection of equipment which sonic character is sought after by the artists and the record companies to create the sound texture that suits some types of musics. However in the studio the engineer cannot adjust, correct or tune what he cannot hear, thus accurate monitoring is key.

Sound engineers work by listening. Mic had always wanted to hear exactly what was on the mix bus of the large analog recording and mixing console. The integrated control section of the console itself was not enough precise to him to reveal the precious information. Therefore Mic decided to get inside the console and place wires on the mix bus to link to an external and more accurate line stage to feed the power amplifiers and speakers (monitors).

For this external line-stage, Mic had tried professional and high-end audiophile units for years. Swiss, Danish, American… all more reputable and expensive than each other, but none was ‘transparent’.

Moreover, the line-stage had to serve as a neutral switch between the console and a known source such as a commercial disc for the engineer to reference his work along the process.

In 2017, Mic approached JMF Audio of France and placed an order for a PRS1.5 preamplifier, customized to handle the high magnitude signals of the console. JMF Audio was working on the revision D for the PRS1.5, which was aimed at making the PRS1.5 the most natural sounding and pure path source selection and volume control possible. In JMF Audio studios, the PRS1.5-D, inserted in-line, volume set so that the output level is the same as the input level, actually was proven equal to a direct link on measurement and listening! (the said reference direct link being no less than the JMF Audio CM8-C interconnect, the purest to date!). From this test we have been able to consider the PRS1.5-D as an audio element of absolute fidelity! **

This was defined as impossible. JMF Audio has made it.

**This particular test setup is highly relevant and meaningful. Indeed, it does not only allow us to consider the PRS1.5 revision D as an absolute fidelity audio element, it also validates the JMF Audio technology as a whole : the approach, the design, the unique PGP gold printed circuits boards technology, the made to measure components, the neutrality of the components active or passive through which the signal flows, the CSV dual mono volume control, the power supplies technology, the isolation concepts, the mains conditioning through PC3 cords and the PCD302 filter that power the unit… It means JMF Audio products’ DNA and this leads to absolute fidelity!

“A breakthough in world class audio…”. According to Mic A., multiplatinum record producer, New York.